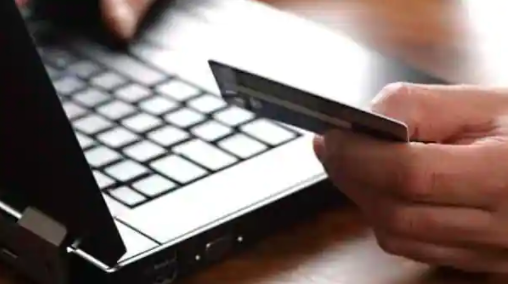 The erstwhile Lever Brothers — now Unilever Plc — arrived in India in 1888 with crates of Sunlight soap. There was no smartphone, and no fintech. Had those two modern marvels existed back then, millions of corner shops that largely provide self-employment to the owners and their families would have been a capitalist success story by now.

The neighborhood kirana store is the backbone of India’s $520 billion-a-year grocery market, accounting for 80% of sales. But the resources the industry needs to scale up and modernize have always been beyond its reach. Blame that on stunted access to working capital, a constraint on growth that’s finally starting to ease thanks to the coming together of mobile internet and finance, especially “buy now, pay later,” or BNPL.

Globally, a craze among younger borrowers for small, interest-free loans they can repay in 30 days or in a few monthly installments, often without credit-card-style hefty late-payment fees, is sending valuations soaring for apps like Sweden’s Klarna and Australia’s Afterpay. It’s also drawing the likes of Goldman Sachs Group Inc. and PayPal Holdings Inc. into the fray. With Generation Z buyers trying to beat back their pandemic blues by purchasing lipstick in three installments, excessive, debt-fueled consumption could store up problems for the future.

In India, BNPL has found an additional — and perhaps more productive — application. Self-employed people, whose customers pay mostly in cash, have traditionally found it very hard to prove their creditworthiness to banks. Starting with Unilever in 1888, practically everyone who has tried to sell consumer goods in this large market has relied on distributors to overcome the problem. Apart from supplying goods to small shops and collecting cash from them, these middlemen have historically provided informal liquidity support to the kirana. Since the distributors themselves raise money by mortgaging their warehouses and homes, they ration financing, favoring store owners they know.

To be excluded from this narrow circle of trust has acted as an impossible hurdle for enterprising mom-and-pop outfits that want to expand. They can’t exactly swipe plastic to stock up, not when 85% of credit cards are with salaried individuals.

A part of the gap is being filled by new-age payment firms, which are weaning small stores off cash by encouraging them to use QR codes. Online transactions are growing rapidly. Customers shelled out 1.2 trillion rupees ($16.5 billion) to merchants over popular digital wallets like Walmart Inc.’s PhonePe, Alphabet Inc.’s Google Pay and homegrown Paytm in August, a threefold jump from a year earlier. Once it has captured this sales data, it’s easy for a startup like BharatPe to collect the principal and interest on collateral-free loans to retailers.

This is a welcome change, though it isn’t enough. The kirana also needs access to interest-free liquidity — just like distributors’ credit — but obtained via a formal channel that isn’t circumscribed by personal trust. Enter BNPL, a product that’s all the rage in consumer finance. That’s how Mumbai-based ePayLater also started out five years ago, giving people the flexibility to buy railway tickets on credit.

But ePayLater has pivoted to the retail industry, where rather than enabling excessive consumption, 14-day loans provide the ballast for stocking more inventory. “Everyone is chasing the ultimate consumer,” explains co-founder Aurko Bhattacharya. “But here was a business segment that deals so much in cash that it doesn’t have a paper trail to get credit from formal sources. It’s forced to remain informal.”

Not for much longer. After a long period of relative stagnation, India’s retail industry is on the move. Even small shops can now access large, organized wholesalers such as Walmart, Germany’s Metro AG and Reliance Market, or place bulk orders online with the likes of Jumbotail, a digital grocery marketplace for business buyers. Finance has been the missing link. “As a retailer, I may get better pricing from large cash-and-carry stores or online business-to-business sellers,” says Bhattacharya, “but if I don’t have cash or a credit card, I’m forced to go back to my area distributor and order only what he has and what he can give me on credit.”

Joselyn - December 24, 2021 0
Pressure washers have grown in popularity over the years due to their beneficial use. They are functional both indoors and outdoors for tasks like...